How to Trim Dog Nails That Are Overgrown?

The process of trimming a dog’s nails is typically unpleasant for both the dog and the owner. The issue is that the majority of dog owners are unable to properly trim their dogs’ nails. When dog owners pull out the clippers, they often become uptight, and the dog can sense the strain. As a result, both the dog and the owner may find the experience to be unpleasant. What you need to know about cutting dog nails is provided below. Our beloved companions find overgrown dog nails to be cozy and that they can be harmful to their health. Long enough to tap on the floor, your dog’s nails may impose pressure on its legs and feet, making it hard to move. If the nails aren’t cut short, they may eventually distort the dog’s feet or harm the tendons.

Dog owners must exercise caution when cutting their dog’s nails. The nail cannot ever just be cut off. The quick, or middle of the nail, which is where the blood vessels and nerves are located, is present in canine nails. The dog’s quickness also grows along with its nails. The quick lengthens when the nails become overgrown. Cut the tip of the nail a little at a time when trimming it. The quick move backward each time the nail is cut shorter. Once you’ve trimmed your dog’s nails, do it once a week after that. Each time, remove a very small portion of the nail.

Here is some advice on cutting your dog’s nails!

Without the discomfort that comes with having overgrown nails, your dog will feel much better.

This is due to the fact that a dog’s nail will always grow, and the additional lead may cause pain.

A dog’s paws will eventually become harmed as its overgrown nails sag. Overgrown dog nails are similar to an ingrown human nails in that they can cause pain and infection, both of which you definitely want to avoid with your pets. Another reason to cut your dog’s nails is to prevent them from becoming tangled in carpet or other household materials.

Getting Your Dog Relaxed:

Most dogs dislike having their feet touched, and they become anxious when having their nails clipped. By assisting their pet in overcoming their aversion to nail clippers or grinders, the owner can facilitate the process. Allow your dog to inspect and smell the nail clippers if you’re using them. Give a treat to your dog. After a few days of doing this, reward your dog.

The idea is to get your dog to connect a treat with the clippers. When using a dog nail grinder, the procedure is a little different. Some dogs dislike the grinder’s loudness. Your dog’s adjustment to the sound of the grinder can take longer. Switch on the grinder. Give your dog a treat when it investigates without running.

Make Sure That You Choose and Use the Right Trimming Materials:

Regular nail clippers won’t work for your furry friend since dog nails differ from human nails in several ways. Use nail clippers designed exclusively for dogs because dogs’ nails are larger and cylindrical in shape. There are many options available, including the guillotine tool, which is best for beginners, the scissor-type nail clipper, suitable for short dog claws, and the clamp-type nail clipper, which is frequently used by veterinarians and pet grooming professionals due to its simplicity of use and ability to stay sharp for a long time.

When your dog is calm, nail care is best performed. Some dogs are more cooperative when a second person assists in holding them while the nails are being cut. While you’re clipping the dog’s nails, someone else can occupy him. If your dog is little and at ease being handled, you could sit it on your lap and trim its nails. Always make sure you have sufficient light available for working. Hold up the dog’s paw and keep it near to the body as you prepare to begin trimming to prevent the dog from pushing away. Before trimming, gently grip the dog’s paw and elevate one toe from below to make it distinct from the other toes.

You are prepared to cut your dog’s nails once you have located the quick of the nail. To make sure you aren’t cutting too close to the quick, trim a very small portion of the nail and inspect it. Cut it at a straight angle while adhering to the nail’s shape. When clipping the nails, move quickly and steadily. Your dog might pick up on your hesitation and respond accordingly if you become tense. The best method for nail trimming is a rapid move to one nail, followed by compliments for your dog’s cooperation. If your dog is growing agitated, stop what you’re doing.

Patience Is a Virtue:

Some dogs may choose to remain still while having their nails cut. Others, though, might attempt to withdraw. Be patient if this sounds like your dog. It could be necessary to trim one nail at a time. Do another one the next day. It’s advisable to stop after clipping one nail if your dog wiggles and tries to flee. Give your dog a compliment and a reward. It will become a little simpler the following time. When your dog is used to having his nails cut, it will become routine. 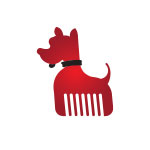 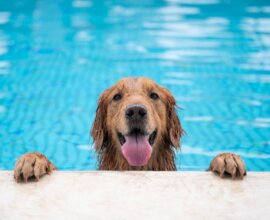 What Takes Place If You Don’t Bathe Your Dog? 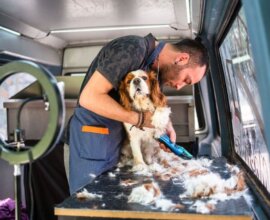 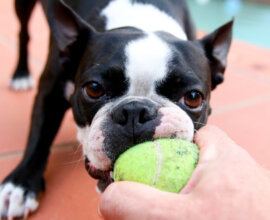 Playing Sports With Your Pet: Is It Possible?

Dog Maintaining and Grooming Tips That You Should Adopt 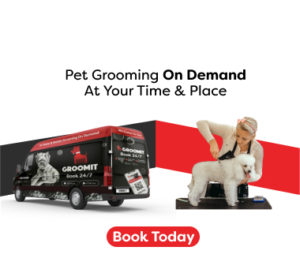